"The Doctors Whose Patients Are Already Dead" 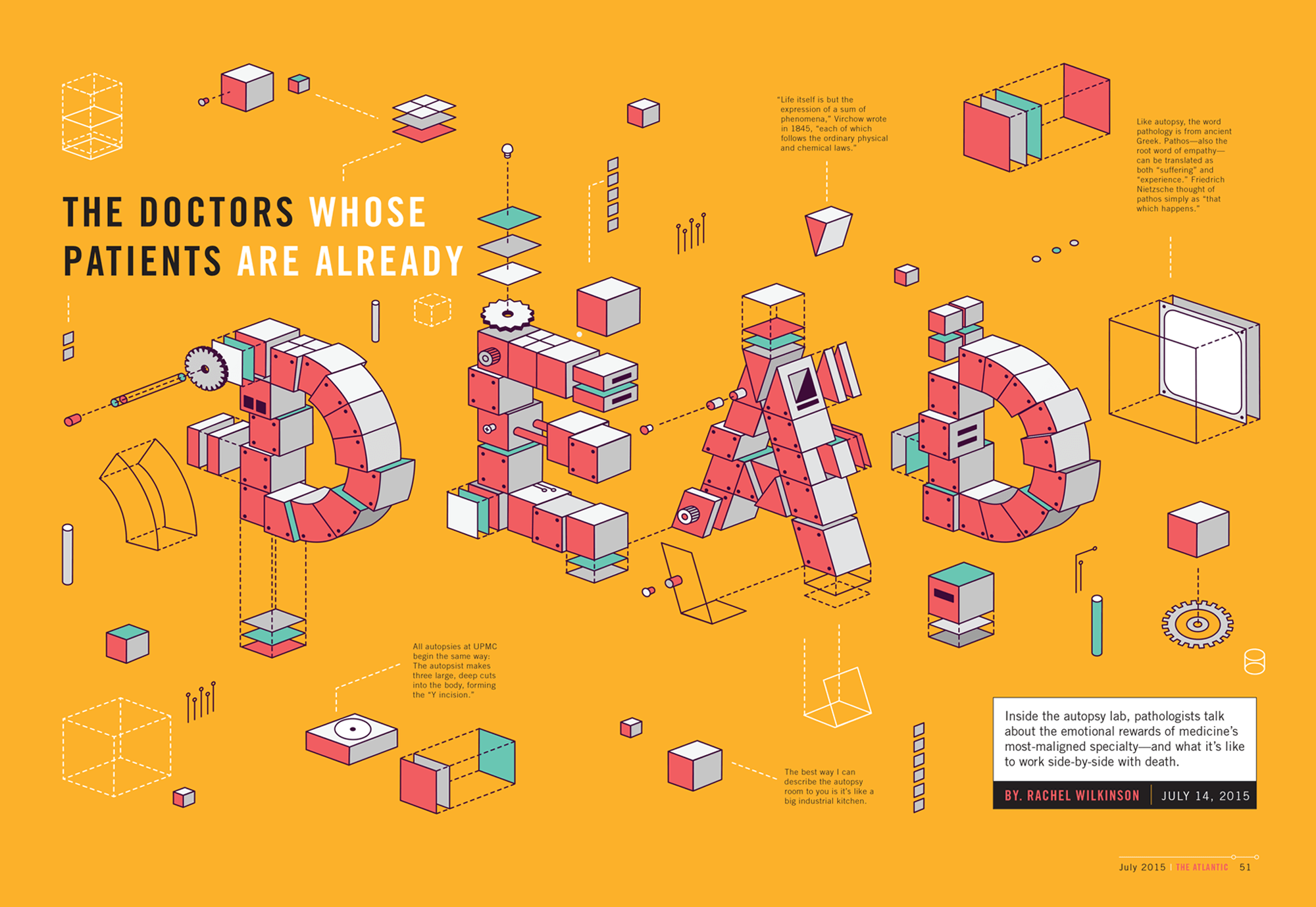 This was a school project to practice typography, layout design and illustrations skills. I was given the article "The Doctors Whose Patients Are Already Dead", and had to come up with a design plan on how to show the the article in a magazine.

Thankfully, the article was not about a horror story. It introduced how doctors perform autopsy. The doctors were trying to find out why this person died. The article used many words as "blocks" as the doctors called organs as "Organ blocks". To me, it felt like the doctors were examining the dead patient as a machine. The words "Block" and "Machine" led to my answer. I was came up with an image of a mechanic human heart that was being take apart layer by layer. The illustration style was heavily influenced by Harry Campbell. 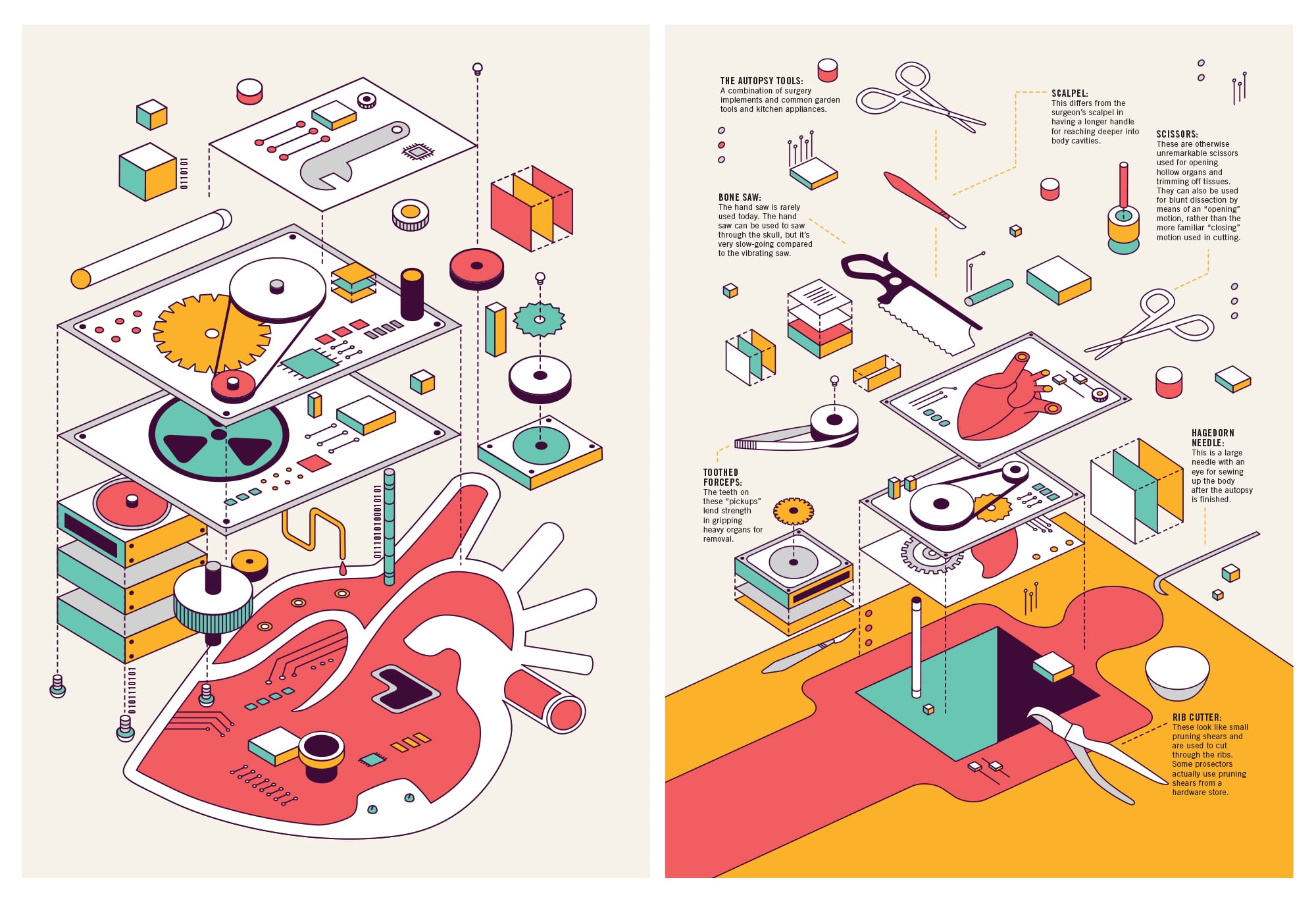 The article didn't explain any specific tools that doctors use in autopsy. As the article was on the educational side of showing the process, I thought adding an infographic illustration of explaining the tools would be a nice extra touch.